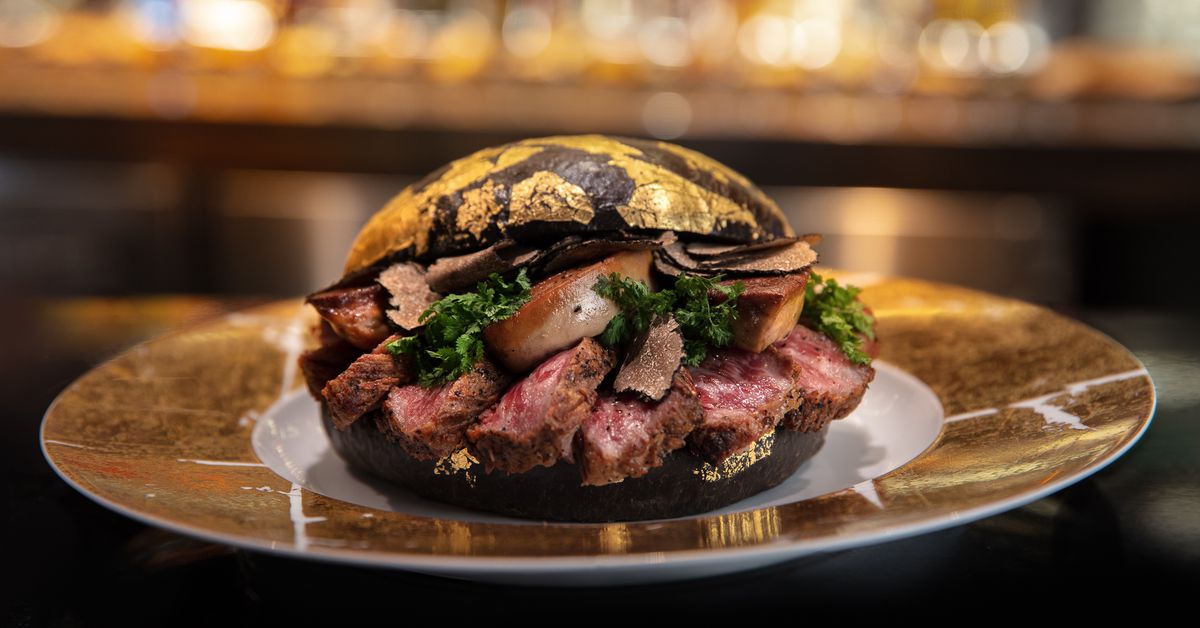 Houston is a city full of burgers, but H-Town’s most absurd burger has arrived at Uptown’s Post Oak Hotel, and it’s going to set you back $1,600.

Rockets owner and hospitality billionaire Tilman Fertitta’s Post Oak Hotel just debuted the “Black Gold Burger” at H Bar, according to a press release. Named for Houston’s oil industry, the burger is made with an entire pound of A5 wagyu beef shipped in from Japan, slabs of seared foie gras, black truffles, and truffle aioli. The burger’s bun is equally decadent, made with Caviar and infused with 24-karat gold.

Of course, a burger of this over-the-top extravagance cannot be paired with mere french fries — instead, there’s a bottle of 2006 Dom Perignon Champagne served alongside. For perspective, that $1,600 can also buy Houstonians roughly 165 SmokeShack burgers from Shake Shack, 14 40-ounce long bone ribeye steaks from B&B Butchers, and about 20 full tasting menu dinners from chef Jonny Rhodes’s Indigo.

It’s not surprising that this ostentatious burger would appear at the ridiculously lavish Post Oak. It’s the crown jewel of Fertitta’s hospitality empire, which just grew dramatically with the recent acquisition of Del Frisco’s Double Eagle Steakhouse in a deal that was valued at $650 million.

This burger is currently available at H Bar for those who can afford it. For the rest of us, perhaps it’s time to consider eating the rich instead.