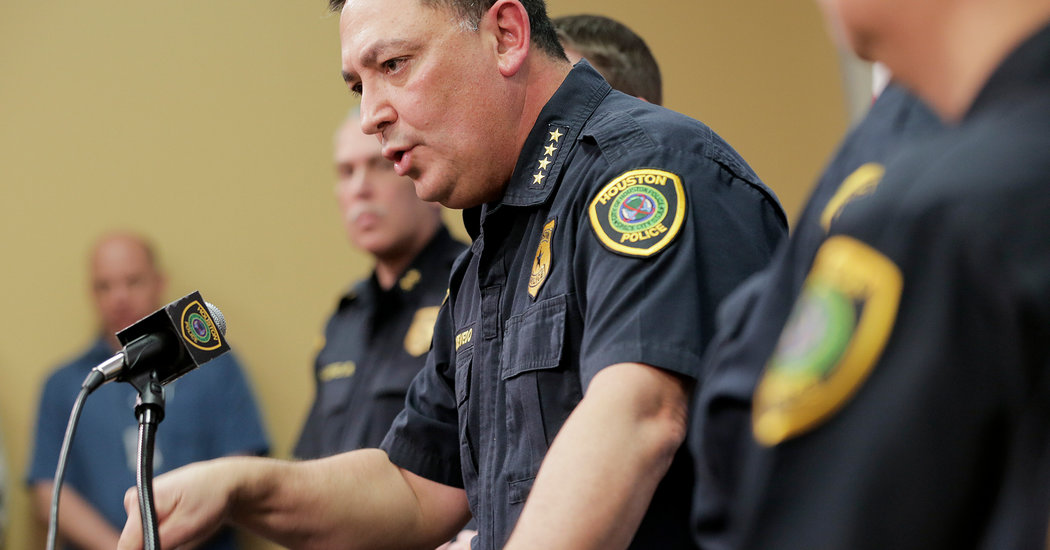 To the police officer who was there, what happened Halloween night inside a Houston jail certainly qualified as a crime: An inmate locked up on suspicion of drunken driving tried to pull another inmate toward him while exposing himself.

The other inmate screamed for help. An officer approached and barked commands at the drunken driving suspect, according to a police report, “to get his hand off the complainant and to pull his pants up.”

The officer then reported the episode to the Harris County District Attorney’s Office, expecting the drunken driving suspect to also be charged with attempted sexual assault.

But he was not — at least not at first. An assistant district attorney, John Denholm, questioned the officer about the victim’s immigration status and whether the victim would be willing to testify.

The officer said that he did not think the victim’s status was relevant, but that he had a Mexican consular identification card. Mr. Denholm, the officer wrote in his report, then declined the case because he said he believed that the victim was “illegal.”

News of the case sent much of Houston, which is almost half Hispanic, into an uproar. The police chief, Art Acevedo, and other law enforcement leaders have made it a priority for officers to never question victims or witnesses about their immigration status, partly to ensure that people always feel comfortable reporting crimes.

“It is wrong to ask about a victim’s immigration status; it is against our policy, and it won’t be tolerated,” Kim Ogg, the Harris County district attorney, said in a statement. “We treat everyone equally under the law, no matter how they came to be here.”

Earlier, Mr. Denholm had been reassigned to a different part of the office, pending an investigation. Both the Houston Police Officers’ Union and the League of United Latin American Citizens had demanded that he be fired.

“An attempted sexual assault is a sexual assault, and the assistant district attorney who failed to file charges for this crime shouldn’t be reassigned, he should be fired because he is a racist and menace to the Hispanic community,” said Domingo Garcia, the national president of the Latin American group.

Mr. Denholm did not respond to an email requesting comment on Friday.

On Twitter, the Houston police union said that “victims of attempted sexual assault should not have justice stolen from them because a high ranking DA wants to question their legal status.”

A spokesman for Ms. Ogg, Dane Schiller, said another prosecutor had reviewed video of what happened in the jail holding area and had charged the drunken driving suspect with attempted sexual assault.

Mr. Denholm had been with the office since January 2017; he had previously retired as a Harris County Sheriff’s Office lieutenant.

According to The Houston Chronicle, Mr. Denholm has “butted heads with police and sheriff’s deputies who say he’s too reluctant to file charges.”

A person in Ms. Ogg’s office who is familiar with the matter but not authorized to speak about it publicly said Mr. Denholm’s primary concerns had been whether the victim wanted to bring charges, and whether the victim would be willing to show up in court.

This week, Chief Acevedo felt compelled to address the incident during a public appearance.

“Unfortunately, sadly, a member of the district attorney’s office was more interested in this person’s status in terms of their immigration status,” Chief Acevedo said.