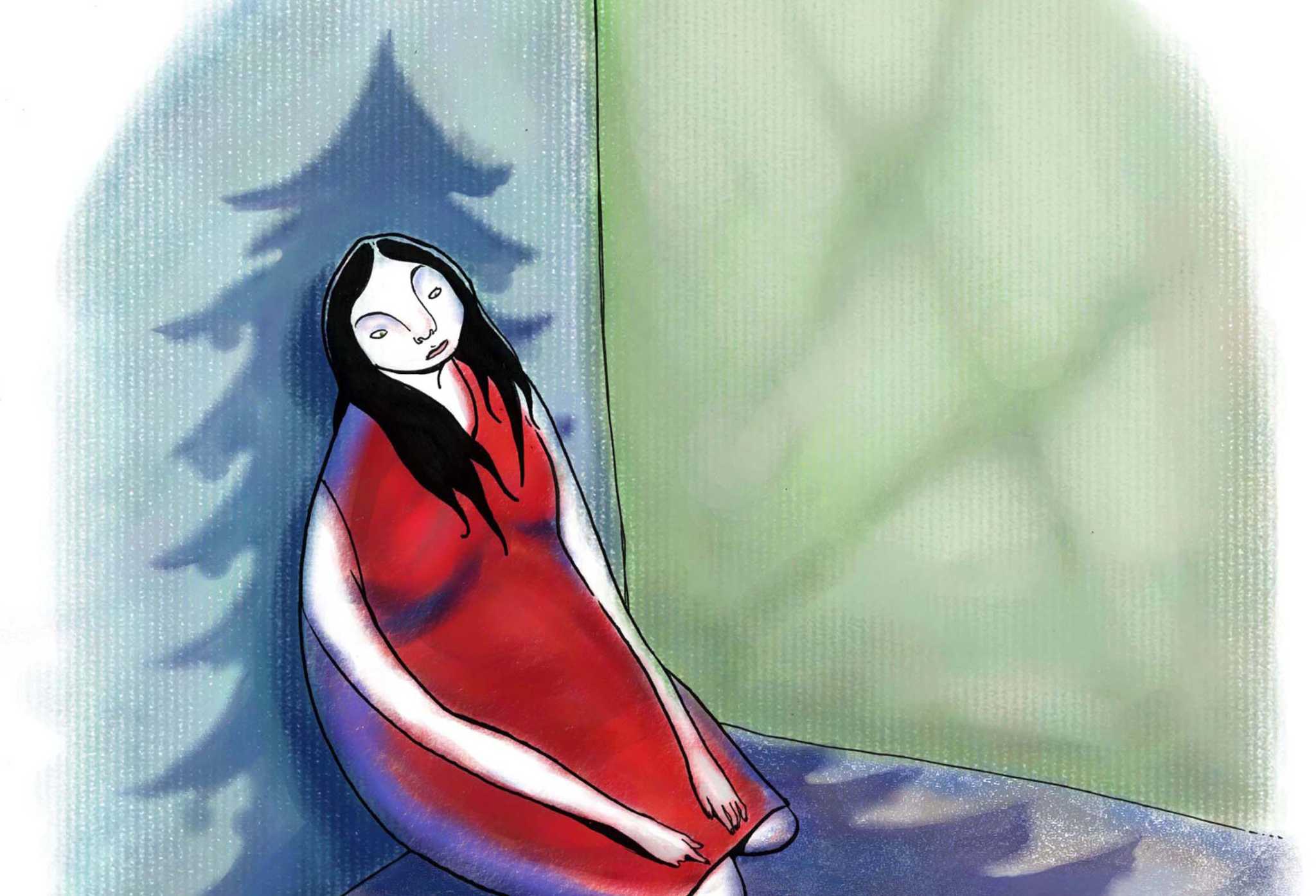 Staying fit – mentally and emotionally – during the holidays can be as challenging as sticking to an exercise routine or healthy eating regiment in the midst of December parties and travel.

“The holiday blues are a real phenomenon,” said Dr. Deborah Michel, regional clinical director of Insight Behavioral Health, and founder of the Eating Recovery Center of The Woodlands.

Michel explained that despite the season’s reputation for sparking feelings of joy, many individuals spend the holidays feeling sad, depressed and lonely.

Unlike major depression, the holiday blues are temporary. Otherwise, symptoms are basically the same – feelings of sorrow, irritability, anger, tiredness and loss of interest.

Social isolation is also a major indicator, Michel said. “Having connections with people is very important,” she said. “Look for any signs of hopelessness, anything not typical for that individual.”

Recognizing warning signs is the first step toward reversing the holiday blues.

ON HOUSTONCHRONICLE.COM: Why suicide prevention matters and what you can do

Here are a few ideas from Houston’s experts:

Join together. If social isolation is a sign of holiday blues, then making a point of getting together with family and friends can serve as an antidote, Michel explained. She recommends spending time with others – and also knowing when time alone might be better. “You don’t have to go to everything,” she said. “You can pick and choose what’s best for you so you don’t get overwhelmed.” If you feel indecisive about accepting an invitation, she suggests preparing options, like deciding to stay for an hour only or taking a walk around the block during a hectic moment. Go into a quieter room to reset or spend some time with the family’s dog to get away for a bit. If larger get-togethers aren’t the best for you, consider smaller gatherings.

Be active. Looking for active ways to spend time together is one of Dr. Susan Henney’s top recommendations for the holidays. She’s a research and developmental psychologist as well as professor of psychology at University of Houston-Downtown. “Get your family together to do something,” she said. “You’ll feel good about each other and about yourself — and a new family tradition can be formed.” She suggests playing a game, exploring nature or volunteering . In fact, she recently co-wrote the book, “The Development of Community Engagement from Infancy to Adulthood,” about how volunteerism often begins at home. The holidays are an ideal time to reach out, Henney said.

Be authentic. Henney points to the new film about Mr. Rogers, “A Beautiful Day in the Neighborhood,” which she said offers a valuable lesson about understanding and navigating one’s own feelings. Honoring others’ emotions often requires being present in the moment, she said. Sometimes, that means putting down the phone, while other times, screens and photos add to an experience. For example, Henney likes to surf memes with her son. Being authentic can also mean speaking up during an awkward political conversation. Individuals can feel worse when they are not able to share their opinions and thoughts, she explained. If avoiding political discussions altogether sounds like a safer alternative, she suggests developing a list of other topics and keeping it on hand to steer the conversation.

Take time to set your intentions. Managing expectations can be more difficult than it sounds, Michel said. It can help to take some time out and really set intentions for the holidays. “Planning ahead is good,” Michel said. “By being aware from the beginning, it’s harder to get derailed.” She recommends thinking about your values and goals for the holidays – and even writing them down. It’s easier to navigate the holidays if goals are preset. For instance, Michel said, perhaps make time with family or spirituality your priority. Henney agrees that pre-planning can make a world of difference. For example, bring a chair for an older loved one who wants to join in on a volunteering activity or snacks for a child who will have to wait a long time at an event. “A little bit of preparing eliminates 99 percent of the problems,” Henney said.

Keep expectations reasonable. Having high expectations for the holidays can be central to a case of holiday blues when those expectations go unmet. Unrealistic goals can become a financial stressor and exacerbate fear, as well as adding stress to already busy schedules. “People put so much pressure on themselves that they may not get enough sleep,” Michel said. They also forgo activity and eat unhealthy foods. To make realistic goals work, Henney said, everyone has to be on the same page. “Especially during the holidays, everyone is pressured to be perfect and to be someone they’re not,” she said. “Keep it reasonable and not over-the-top for anyone.”

Be careful with social media. Speaking of expectations, Michel said social media can lead to overly comparing our lives. During the holidays, these carefully curated feeds can be a hurdle when trying to keep reasonable goals. She recommends not visiting sites or influencers if they make you feel worse instead of better. Fear of missing out, or FOMO, has become a 24/7 anxiety on social media, Michel said. Still, connecting with others online can be an important tool to avoid social isolation. Learn to balance the good and bad of social media, she said.

FEELING MATTERS: It’s impossible to feel good if you talk a lot of smack. Learn how to stop cutting yourself down with words, on HoustonChronicle.com

Watch what you eat and drink. Being wise about alcohol can make a world of difference, Henney said. “Keeping a close watch on alcohol consumption for yourself makes for a better holiday; it really does,” she said. “People don’t get as angry or as triggered.” Dr. Serge Gregoire, clinical nutritionist at Mind Body Solutions, said a large amount of holiday treats and desserts can add to feeling sluggish and slow. “Eliminate the sugar,” he recommends. He suggests paying attention to portions during holiday meals and making sure to keep up your vitamin intake. He also recommends trying breathing exercises to handle stress.

Enlist support. Having friends or family members who know what you’re going through during the holidays can be a gamechanger, Michel said. You can even meet with your support system to discuss holiday goals, she added. “Reach out for social support, ask for help, put together a plan,” she said. “As humans, we benefit from a support system.” Remember, she added, friendship is a give and take endeavor and that it can be a gift for a friend to help you in a time of need. “There will be times that you will be there for that person,” she said. “Allow them to be there for you.”

Acknowledge loss during the holidays. The holidays often bring back memories. Sometimes the holidays are a time of grief for someone who has died, Michel said. “It’s important to know that is normal and to be able to recognize those memories,” she said. “Grief is part of the healing process.” She also said individuals can be dealing with the loss of a job, a relationship or even a child who has gone to college and cannot return for the holidays. Be sensitive to the feelings of others who might be facing trials, and give them space to talk about it, she encourages. “When people don’t want to bring it up, it can make it worse,” she said. “By not talking, we’re not acknowledging that loss is there.”

Give yourself grace. At the core of all of the suggestions is being gentle on yourself. “Give yourself permission,” Michel said. “Give yourself space to be compassionate with yourself and communicate with others.” If you don’t want to send holiday cards, for example, allow yourself that freedom. Michel said that keeping things simple and slowing down helps. “More is not necessarily more,” she said. “A lot of times, less is more.” Henney said to ask for help when you need it. “Part of mental health during the holidays is to slow down a little,” she said. “Your list is long, slow down and think of what really matters to you. We’re missing life as it goes by.”

Know when to call a professional. The holiday blues should be temporary, Michel said. Sometimes, however, they last too long or the symptoms become more intense and require professional help. Also, seasonal affective disorder, a seasonal depression, could be at root and should be treated. There are also cases in which holiday blues are part of a pattern of depression through the year. “For people who struggle with depression and anxiety at other times of the year, it may develop at this time of year as well,” Michel said. She recommends joining a depression support group and seeking resources available online, like the National Alliance on Mental Illness (NAMI) at nami.org, Mental Health America at mhanational.org and the Council on Recovery at councilonrecovery.org.

ReNew Houston: Get Houston’s newest source for healthy living, straight to your inbox. Sign up for the newsletter today.